The Story Behind The Opal

Quick: What’s the first word you think of when you hear “opal”? The answer will vary from person to person but for me it would be “mysterious” or “wondrous.” That would be quickly followed by “magical” and “exciting.” Something is happening beneath its surface, something dynamic and changing. A living force with amazing play of light appears trapped inside — intense, colorful, and unquenchable. 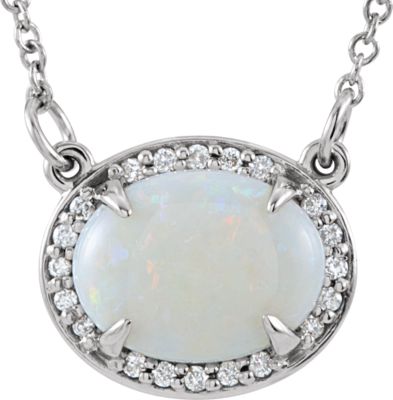 The name “opal” may have come from the Sanskrit word “upala”. However, when it reached the Ancient Romans they gave it the Latin name “opalus” which simply means “precious stone.” That’s a bit like calling a rare orchid a “beautiful flower.” Fortunately we don’t speak Latin, the name “opal” has acquired all the gem’s visual magic. A stone this gorgeous deserves a spellbinding name that summons its true power.

Through the ages, writers have accounted for opal’s kaleidoscopic interior by comparing it to galaxies swirling endlessly, and brilliantly colored fireworks. Naturally, they’ve also compared it to volcanoes. In 75 AD, the Roman scholar Pliny observed, “Some opal carry such a play within them that they equal the deepest and richest colors of painters. Others…simulate the flaming fire of burning sulphur and even the bright blaze of burning oil.”

These exceptional opals have names that summon these colorful comparisons. Here are some of the best known:

Sunny and dry with a chance of opals

These three famous opals originated in Australia, which provides a large percent of the world’s supply. The semi-desert outback provides the perfect environment for opal formation. Seasonal rains dissolve silica and seep deep into the earth filling crevices in the sedimentary rock. Long periods of sun and heat evaporate most of the water, leaving the dried silica. After only 20 to 65 million years, the silica becomes opal waiting to be found.

Opals bring luck, or the story goes, and this is certainly true in the Australian states of South Australia, New South Wales, and Queensland. They lie along the Great Inland Sea that dried up over millions of years. The finest opals in the world come from this region. White opal is found in South Australia and Lightening Ridge, New South Whales is the source for the black opal. 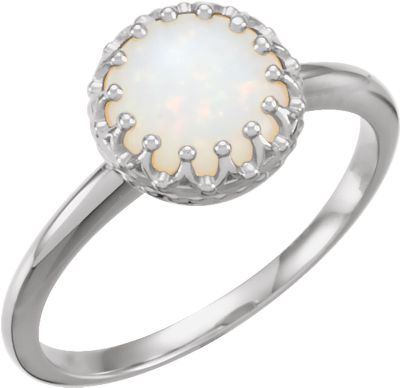 So that’s the story: the water disappeared and the opals formed. Are we sure? As I mentioned in the intro, opal appears dynamic and changing and we can easily imagine a surging fire trapped within it. Turns out that there is a living force inside opal and it’s the opposite of fire. The majority of water did disappeared — but not all of it. What stayed behind hid before our eyes. Opals can be as much as 20% water and most range from 6 to 10%. Oddly enough, the hot dry conditions that create opal can make it brittle once it is out of the ground. A healthy amount of humidity keeps it beautiful. 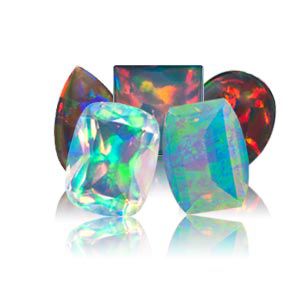 Love and hope: They’re quite a powerful pair and who wouldn’t want them? The Romans believed that opal gave them to its owners. Yet opal’s powers extend much further. It can:

How opal gets its colors

According to Arabic legend, opal falls from the heavens in flashes of lightning. I think that’s a great understanding and certainly more “colorful” than the scientific explanation. The grid pattern below shows the arrangement of opal’s interior: micron sized spheres layered on top of each other. A micron represents one ten millionth of a meter. When light enters opal, the waves pass back and forth among the tiny spheres, bending and diffracting at different angles to produce the spectral light show that we see in opal. Different sizes of spheres create the different colors. Who says that isn’t magic?