Sell With a Story: Turquoise

Sell With a Story: Turquoise

One of the world’s most ancient gems, turquoise comes in a variety of colors that stretch from a gorgeous rich blue to green and brown. Beyond hue, turquoise is found with or without a matrix — and there lies a world of different styles. How do you like your turquoise?
Most turquoise has the significant matrix so often seen in Southwest Native American jewelry. Some turquoise has a fine matrix in a web-like pattern and of course, it’s called Spider Web turquoise. The matrix is prized for many reasons including the belief that it absorbs evil. It surged to popularity during the 1960s with folkies and hippies, and remains a bohemian, New Age, and/or spiritual favorite. Then there is fine turquoise, a breath-taking pure blue as intense and ethereal as a brilliant summer sky. This is the most expensive turquoise and jewelry designers around the world seek it.

For several thousand years, the finest of this radiant blue turquoise came from ancient Persian mines. Early traders called it Persian Blue and today this term is still used to signify the highest quality of turquoise. Much Persian turquoise was traded, but a great deal remained in what we now call Iran. Considered a sign of status and spirituality, Persians used it to decorate many objects including turbans, bridles, and eventually mosques. The most famous of these is the Medresseh-I Shah Husein Mosque or Shah Mosque, located in Isfahann. It has vast, intricate mosaics of an unimaginable scale. 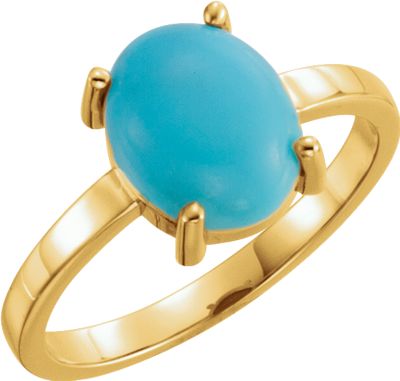 Almost 4,000 years ago and perhaps longer, Egypt mined turquoise in the Sinai region. Most belonged to theirs kings and pharaohs who adorned themselves with this coveted gem even taking it with them into the afterworld. The most famous example is the innermost of the three nesting coffins in Tutankhamen’s Sarcophagus. This coffin actually held Tutankhamen’s mummy and boasts Tutenkamen’s famous mask. For unparalleled majesty, the coffin and mask were made of solid gold inlaid with turquoise, lapis lazuli, carnelian, and other gemstones. Many adornments found inside with the mummy also featured turquoise inlay.

In the Middle east, very fine turquoise was carved and inlaid with gold with magnificent results. In the American Southwest, Native Americans carve and inlay it with silver.

More than 3,000 years ago, Chinese, Mongolian, and Tibetan artisans carved the green turquoise characteristic of the Himalayas. They prized it for its beauty and medicinal qualities believing it guaranteed of health, good fortune, and protection from evil.

For more than 1,000 years, the Native American tribes of what is now the Southwestern US — Navajo, Apache and Zuni — mined turquoise and used it as both a ceremonial gem and a medium of exchange. They inlaid their jewelry and amulets and attached turquoise to their weapons believing it increased a hunter’s or warrior’s accuracy.

How did turquoise get its name?

Inevitably, turquoise left Persia, Egypt and distant lands traveling the much-storied Silk Road. It arrived in Europe in the 14th century. Wealthy Europeans loved the stone and named it turquoise after the Levantine traders who brought it. They were known as “Turks.”

The hardest turquoise is found near the surface where it had time to dry and cure. The deeper the source, the softer and more chalky the turquoise becomes.

What gives turquoise its gorgeous color?

Turquoise exists in dry barren locations usually close to copper. The color results as copper interacts with phosphorous and aluminum. The amount of copper determines the intensity of the blue. If there is a greater proportion of aluminum, the color shades to green. For many centuries the finest turquoise came from Persia (Iran). Sadly, their mines eventually depleted. Today Arizona’s Sleeping Beauty Mine is globally known for its exceptional color and quality — and that’s another story entirely.

Why did the Sleeping Beauty Mine close? 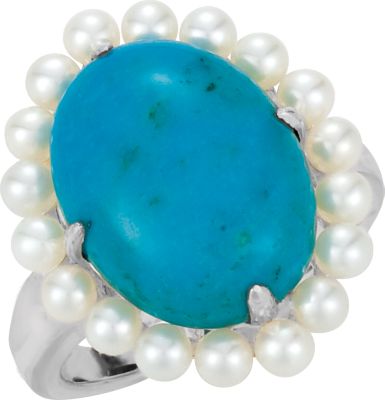 In early fall 2012, rumors started that the legendary Sleeping Beauty Mine had closed. As one of the industry’s prime producers of the fine turquoise, it hardly seemed possible. Confirmation came soon enough. Was it depleted? Most thought that could be the only reason to abandon such a treasure. This was not the case. It was part of one of Arizona’s vast copper reserves and as the price of copper rose on world markets, the mining company that owns Sleeping Beauty chose to abandon turquoise mining and concentrate their efforts on copper. So the decision was purely economic.

Needless to say, the price of sleeping Beauty turquoise has risen and it is now increasingly difficult to find. Buyers from Europe and Asia have purchased large quantities of what remains of Sleeping Beauty. Stuller still has 21 Sleeping Beauty ovals (http://www.stuller.com/products/oval-genuine-turquoise/2659940/?groupId=92347) —14mm by 10mm. Order them while you can. Hopefully, at a later date a different company will make a turquoise-friendly decision.

What’s in store for turquoise owners? They are the happy recipients of benefits galore.

Dome of the Rock in Jerusalem